Steve Lurie is the Executive Director of the CMHA Toronto, a post he has held since 1979. 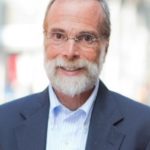 Steve is a strong voice for improved services for individuals living with mental health challenges and his letters to the editors of the Toronto Star and Globe & Mail calling for increased funding and improved services are regularly published. In 2016 he was appointed as a Member of the Order of Canada, recognizing his contributions as a leading advocate and administrator in the field of mental health care.

Steve Lurie’s letter to the Globe and Mail in reference to the article, “Mental illness costs the economy $1,400 per Canadian each year, so we can’t afford to skimp on services”

For targeted mental-health investments to make a difference, we should meet the funding target set by the Mental Health Commission of Canada in 2012. This would require an annual investment of $3.1-billion. The per capita investment of about $85 per Canadian would be far less than the $1,400 the lack of access costs us, as described by Louise Bradley, president and chief executive officer of the MHCC.

One area for increased investment could be supportive housing. In 2006, then-senator Michael Kirby called for the funding of 56,000 units and there has been limited progress since. In 2011, the MHCC estimated there were 520,000 Canadians who were homeless or precariously housed – that’s larger than the populations of Halifax or Saskatoon. As well, the wait-list for supportive housing in Toronto has grown to more than 18,000 today from 700 in 2009.

Click to view the Globe and Mail article: Mental illness costs the economy $1,400 per Canadian each year, so we can’t afford to skimp on services

Steve Lurie’s letter to the Globe and Mail in reference to the article, “CAMH Patient Who Left Canada One of Three To Flee Hospital’s Care In Two Months”

News that three forensic patients at Toronto’s Centre For Addiction and Mental Health (CAMH) have left custody needs to be kept in perspective. Forensic psychiatry represents a humane way, dating from 1843, of dealing with people who have committed crimes due to “a disease of the mind.” The McNaughton Rule has been a foundation of jurisprudence in many countries.

Over the past 10 years, the transitional housing programs funded by the Ontario government, where forensic programs partner with community agencies such as the Canadian Mental Health Association, have demonstrated it is possible to reintegrate forensic patients into our communities while protecting public safety.

Click to view the Globe and Mail article: “CAMH Patient Who Left Canada One of Three To Flee Hospital’s Care In Two Months”

Steve Lurie’s letter to the Globe and Mail in reference to the article, “Canada’s health-care system is failing people who need mental-health care”

While the federal government has allocated $5-billion to improve access to mental-health care over 10 years, this will only provide a fraction of the funds required to meet the Mental Health Commission goal of 9 per cent of health spending.

Although the provinces have now negotiated agreements with the federal government, they initially opposed dedicating federal funding to mental-health care. Access to psychotherapy is improving in Ontario, Quebec and British Columbia, but services for people with complex conditions are not in place.

Admissions to hospitals have increased in Ontario for young people because of service gaps, and the wait list for supportive housing in Toronto has grown to more than 16,000 from 700 just 10 years ago.

More must be done to overcome the funding gap that Dr. Heather Stuart has identified as a structural manifestation of stigma. A per capita investment of $120 over 10 years would do the trick – that’s three lattes per year, per Canadian.

Steve Lurie’s letter to the Globe and Mail in reference to the article, “In Ontario, a battle for the soul of psychiatry”

While Dr. Norman Doidge presented compelling evidence last Saturday about the problems that changes to OHIP billings for psychotherapy will create, the specific research he cites and disagrees with also provides strong evidence that the status quo is not working.

Ontario has recently expanded access to psychotherapy, and is evaluating effects on access and patient outcomes. Health Quality Ontario (HQO) has published standards for the treatment of major depression, anxiety and schizophrenia that recommend provision of evidence-based psychotherapy. The standards are based on reviews of worldwide evidence, such as studies done by NICE (National Institute of Clinical Evaluation) in the U.K. This evidence is reviewed by an HQO panel of clinicians, patients and families, who then recommend the quality standards.

The OMA and government should seek the advice of HQO on the proposed changes. The Mental Health Commission of Canada estimates that one in two of us will experience mental illness by age 40, and 70 per cent will by age 90. So we need to get this right.

Click to view the Globe and Mail Article: “In Ontario, a battle for the soul of psychiatry.”

Steve Lurie’s letter to the Globe and Mail in reference to the article, “People with mental illness don’t need more talk”

In 1963, CMHA published More for the Mind, which noted that in no other field except leprosy has there been as much confusion, misdirection and discrimination. Nearly 20 years ago, Dr. Paul Garfinkel called mental health the orphan child of health care. It still is.

Despite the success of Bell Let’s Talk, and more than 10 years of work by the Mental Health Commission, the mental-health share of health spending continues to decline. The recent Health Accord between Canada and the provinces will invest $5-billion in mental-health services over 10 years, but spending will still be short of the annualized $3.1-billion investment that is required to reach the Mental Health Commission target of 9 per cent of health spending.

While this seems like a lot of money, it only requires a per capita investment of $120 per Canadian, which would be added to the $6,839 per capita we spend on health each year. Without these investments, wait lists and wait times will continue to grow. For example the wait list for supportive housing in Toronto has grown from 700 in 2009 to more than 15,000 now. So we need both – more talk and more action!

On Wednesday, May 23rd, Steve Lurie appeared on TVO’s The Agenda with Steve Paikin to discuss the need for more supportive housing.

As details emerge about the behaviour and mental health issues of the man accused in Monday’s attack, we need to be careful not to stigmatize people living with mental illness or blame the mental health system for what happened.

A study published recently in the Canadian Journal of Psychiatry examined homicide rates in Ontario from 1987 to 2012 and found only 3.7 per cent of homicides were committed by people with mental illness, and that there was no increase associated with reductions in inpatient hospitalization.

Although the study did show that untreated psychosis was a factor, this suggests that our focus should be on early identification and intervention, rather than the mental health equivalent of “lock them up.”

It will take time for all the facts to emerge. In the meantime, we should try to help Toronto heal and not demonize our fellow citizens who live with mental illness.

Steve Lurie’s letter to the Toronto Star in reference to the article, “Finance Minister to table pre-election budget that returns Ontario to deficit,” published March 7, 2018.

It was good to hear that Finance Minister Sousa intends to invest in mental health supports in his next budget. Since the 2010 Select Committee Report all three parties have recognized we face a deficit in access to mental health care. While the current government invested $180 million in new mental health and addiction programs between 2011 and 2016, they invested $3.68 billion in other areas of health care during the same period. The mental health share of spending has declined to 6.5% of health spending when it should be increasing to 9% as recommended by the Mental Health Commission in 2012.

In his budget Minister Sousa should outline how he intends to spend the $1.9 billion Ontario will receive in federal Health Accord money for mental health services, and commit to funding at least 30,000 supportive housing units over 10 years as recommended by the Mental Health and Addictions Leadership Council. Hopefully the government will also match the Health Accord funding as the PC’s have done, as the federal funding by itself only moves the dial 16% of the way to the 9% mental health spending target. The government should also ensure that they get the funding out the door prior to the election writ dropping so that access to services and supports actually improve now.

Steve Lurie’s letter to the Globe & Mail in reference to the article, “Can Caroline Mulroney pull it off?”,  published February 12, 2018.

Margaret Wente asserts that Christine Elliott’s policy position on more resources for mental health is simply a platitude. Nothing could be further from the truth. Ms. Elliott was the co-chair of the Ontario all party Legislative Subcommittee that found Ontario’s mental health system was in crisis and starved for resources. Following the publication of the report in 2010, she remained a strong advocate to improve access and quality of mental health services. The current PC platform commitment to match the increased federal funding for mental health services was developed based on consultation with party members and outside experts, and her support for it is consistent with her past advocacy to improve mental health services in the province. Hopefully the PC party will remain committed to this important plan and the other political parties will match or build on it.

One in five Canadians

Re Record $100-Million CAMH Donation Marks Shift On Mental Health (Jan. 12): The $100-million donation to the Centre for Addiction and Mental Health is evidence that mental health research has come out of the shadows 12 years after the Kirby Report.

Yet progress on the research front should not be mistaken for the gaps in access and care that have been fueled by structural stigma. While mental illness has a disease burden 1.5 times that of cancer and heart disease, the mental health share of health spending is in decline.

In 1979, it accounted for 11.3 per cent of Ontario’s health spending; it now accounts for 6.5 per cent. Even with the Health Accord money that will flow to the provinces over the next 10 years, the increased funding only get us 16 per cent of the way to the 9-per-cent target recommended by the Mental Health Commission of Canada.

Let’s hope the CAMH funding can be used to shine a light on treatment gaps and promising practices that can be spread and scaled to improve access and outcomes for people living with mental illness and addictions, and create the political and bureaucratic will to ensure that the one in five Canadians living with mental illness get equitable access to treatment and support.

Steve Lurie’s letter to the Toronto Star in reference to the article, “Advocates call for better services in shelters, respite centres,” published January 11, 2018.

Ontario needs supportive housing for those with mental-health issues

Although the opening of more shelter beds and a call for expansion of mental-health and addiction services makes sense, targets need to be set to deliver more affordable and supportive housing.

Between 1975 and 1995, Ontario was producing 5,000 affordable and special-needs housing units per year. Since then, very few new units have been created. The recently announced federal housing strategy is a good start, but the province and the city will need to step up and match the funding.

There are currently more than 13,600 people on the wait list for supportive housing in Toronto, up from 700 in 2009. And 24,000 people in Toronto Community Housing need access to mental-health and addiction services to maintain their housing.

A plan has been submitted to the Ontario Ministry of Health to create 30,000 supportive housing units across the province over 10 years, at a cost of less than 1 per cent of the current health spending. Toronto would get at least 10,000 of these units.

This plan proposes development of 3,000 units per year, coordinated with municipal managers. It is doable. Let’s start this with an announcement in the upcoming provincial budget. There is no mental health without housing.